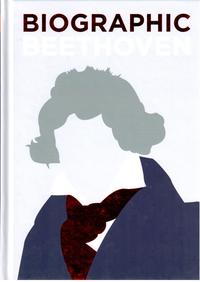 Most people know that Ludwig van Beethoven(1770-1827) was a German composer, a musical prodigy whose Symphony No. 5 is recognisable the world over from its opening four notes. What, perhaps, they don’t know is that he was almost completely deaf for nearly half his life; that his father would often lie about when Beethoven was born to make his talents seem even more astonishing; that he wrote a sonata to be played with building implements and called it the ‘Hammer-Klavier Sonata’; and that he dedicated works to Napoleon and a dead poodle. Biographic: Beethoven presents an instant impression of his life, work and legacy, with an array of irresistible facts and figures converted into infographics to reveal the composer behind the compositions.